3D Print with ME!

Come 3d Print With ME!

I am not a great 3d printer person.  In fact I've only had it for a little over a year and its not a fancy one.  I just wanted to try it out.  I'll list the model below so that you can look it up if you would like.
Not long ago I bought one of those huge tape runners from Goodwill and I was so excited it was less than 1.00.   It was missing the inside piece that holds the tape on but it still works.  I checked on www.thingiverse.com and found a model someone posted and printed it.  It works perfectly now!  Yay!
I 3d printed the yellow pc that holds the old tape on when it is used. 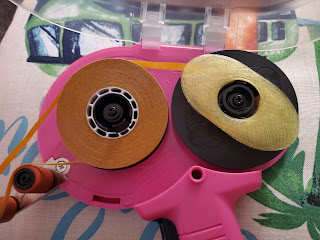 I then decided I just wanted to print some fun stuff so I printed the following items since I had everything fired up.
A beetle cookie cutter 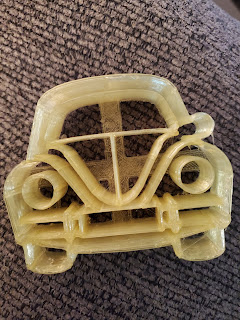 Some peace signs I may use as earrings 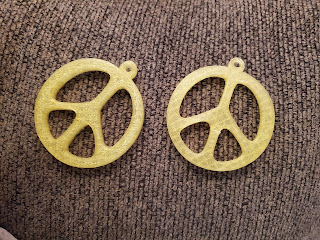 '
These peace signs were super small so I'm going to use them as scrapbook embellishments or I may use a couple as stud earrings. 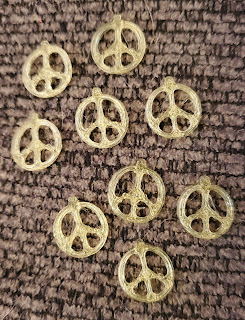 This is something you put over a coffee cup and sprinkle powdered sugar or cocoa on top of milk.  It creates a really cute design on your morning coffee 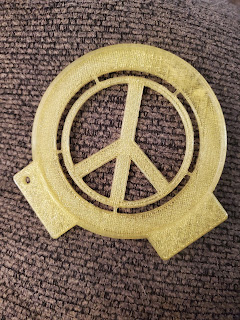 I named my chicken Hei Hei so I had to print a image out.  I was going to use it as a stencil but then decided it was too cute to mess up with ink. 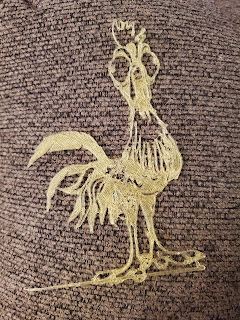 3D printing is really kinda fun, there are so many models available.  I do not know how to design models and have not even explored it.  It takes a while to print things but its so addictive.
I have even printed a pen holder for my Cameo 4.  It can be quite useful.
The model of 3d printer I have is called a XYZ Da Vinci 3d printer I bought it at Best Buy for under 200.00.  It takes only spools of filament that are designed for it unless you buy an attachment.  It does pretty well and I have not had a lot of issues with it.  I think its a great first time 3d printer.
I hope you like my little blog about my 3d prints.  Leave me a comment if you have any questions.
Thanks for 3d printing with me.
💓Imginbugcrafter
at May 18, 2021

Come Craft With Me! Annie's Cardmaker Kit of the Month Club

Have you thought about joining Annie's card of the month club but wasn't sure? I am going to unbox and make my first card kit of th... 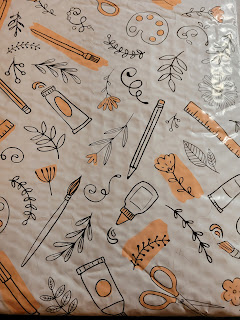